It can take months to learn.

Takes weeks to months to learn. People often do a lengthy training course just to get confident using SolidWorks.

IronCAD can be learnt in a week.

Takes days to learn. You can get confident using IronCAD in just days, sometimes even in hours. This is due to IronCAD’s intuitive tools that approach design in a more natural way, giving you predictable results when you want to get something done.

Overall speed in SolidWorks is often limited by its design methodology, reliance on sketches, and difficulty making major design changes to models late in the design process. In tests, SolidWorks can often take twice the amount of time as IronCAD to do the same thing.

Often does the same job in half the time.

The overall speed of IronCAD often enables the same job to be done in half the time of a traditional system. This is due to IronCAD’s unique workflow and design methodology, which skip a lot of steps that are required in traditional software. Imagine the time and money saved when you double the amount of work that can be done in the same period of time. Yep, it’s a lot.

SolidWorks models the “traditional” 3D CAD way, which once seemed quite fast, however is now a much slower approach. This involves creating planes, starting with 2D sketches, unnecessarily constraining many sketch lines, designing parts in multiple individual files, history-dependent design rules and more. This traditional methodology slows down the design process and gives you far less control. Learning this method can also take a significant amount of your time, and once learnt you still don’t get the speed or flexibility that IronCAD’s tools provide.

In IronCAD, you start with a catalog of 3D shapes that you can drag and drop into your model. You can then simply push and pull to make precise changes in seconds. When (and if) needed, you can also go into a 2D sketch that drives the shape, all without ever creating a plane or doing an extrude command. You can then use IronCAD’s patented TriBall to position and pattern anything in 3D, all without needing to create or use reference planes like traditional systems. IronCAD is built to let you design the way you think, with easy to understand tools and features to provide a natural extension of your imagination.

In SolidWorks, you model with history-dependency. This means things you do are automatically constrained to other things you did before them. This may not be a problem if you know exactly what your design will look like before you start (and all the steps to make it), but in almost every case you’ll want to make changes along the way. Because of these constraints being applied without choice, making design changes later can be extremely difficult and often leads to model crashes which can take hours to fix. All in all, this approach will usually slow you down and decrease your productivity, especially when editing previously made models. As well as the productivity loss here, any ex-SolidWorks users will also know the frustration those “history-tree-crashes” cause.

In IronCAD, you model with a feature based history tree, but features are independent. This means you can choose when and where to apply constraints, giving you the control to make changes when and where needed without the problems common in traditional CAD systems. This gives you a much more versatile modeling environment and lets you make design changes without worrying about the effect of earlier modeling choices. IronCAD even allows you to switch on and off the same type of history-dependency as traditional CAD systems. However, in almost every case, the IronCAD way will be much faster, give you more control, and ultimately be more productive.

In SolidWorks, part and assembly files are different. You model all your parts in separate files, then combine them into an assembly at the end with a combination of mates and constraints. This means you have to deal with many separate files that can easily be lost or misplaced on a computer and are hard to share. You also have to go through the tedious process of mating and aligning all these parts to assemble your assembly, fitting them into their correct positions in a completely separate process to when you made them. If they don’t fit you then make changes and mate and align them again. Even if these parts aren’t moving parts, you’ll likely still need to mate them to lock them down. Designing this way also means in most cases you’re not designing within the context of the assembly, so it’s harder to see how your changes affect the entire model. This creates an overall worse design experience. Parts made in a separate file can often not fit correctly the first time, so you have to spend unnecessary time going back and forth changing these parts just to get them to work the way they should from the start.

In IronCAD, part and assembly files are the same. You can build 1 part or 1 million parts in the same file. So you can design in the context of your overall assembly and design. Sizing parts to fit to other components in your design, and making them fit perfectly first time. This is also a much more natural way of thinking about your design, you can think of the design as a whole working system. You can also still isolate individual parts to work on them, all whilst in the same file. This also means you don’t have to go through the tedious process of mating all your parts together to make the assembly, everything is already in the right place and fits perfectly first time. The only potential positive of the traditional way is that when you have one part in multiple assemblies, you can link it to update in every assembly when a change is made. IronCAD allows you to do this external linking without having to do it for every single part, simply choose the ones you want to save externally and you’re done. So you get the good without the bad. IronCAD provides a far better system from the ground up and still gives you the option to use the only beneficial feature of the traditional part system. Furthermore, you can create separate or combined technical drawings for every individual part and assembly, all from the one 3D file. IronCAD also has a bulk drawing tool, so you can quickly generate drawing sheets with predefined views for every part in your model, dramatically speeding up drawing time.

In SolidWorks, only some parts are available in catalogs and these are often ‘standard’ parts and not your own custom parts. All parts you create are opened individually to edit, or brought into an assembly as they are. This is an unnecessarily slow and tedious approach to work with multiple parts and assemblies, especially when compared to IronCAD’s pallette-catalog approach.

In IronCAD, you have IronCAD’s industry famous catalog system. Any part, any shape, or any assembly you create can be drag and dropped into a custom catalog in seconds. It’s like a painter’s palette for CAD data, just drag on and off what you need. You can even use IronCAD’s SmartAssembly technology to create intelligent auto-positioning parts and assemblies. So when you drop a part out, it automatically positions itself, and resizes if needed. SmartAssembly can even be used on an iPad in the field to create customised modular assemblies in seconds, you can even add prices to components and get a complete summary of the project in seconds. This system makes IronCAD absolutely excel at modular based design, with almost limitless capabilities for what can be built into an IronCAD catalog.

In SolidWorks, to move, position and pattern things you will often have to go into a 2D environment and define the pattern or go through multiple dialogue boxes and features. This is time-consuming and unintuitive. Additionally, when positioning parts in an assembly, you will have to mate parts or use other slow methods to get the parts into their correct locations. This is unnecessary time that could be spent designing the product.

In IronCAD, you can use the patented TriBall productivity tool. The TriBall allows you to parametrically position, move, and pattern anything from sketches to shapes to parts and assemblies. The TriBall has become famous for its huge benefit to CAD productivity over the years and continues to be one of the most productive and useful single tools in any 3D CAD system. The difference the TriBall makes to CAD design processes around the world is simply amazing.

Hundreds of thousands of users around the world.

From multi-billion-dollar corporations to one-person-garages. 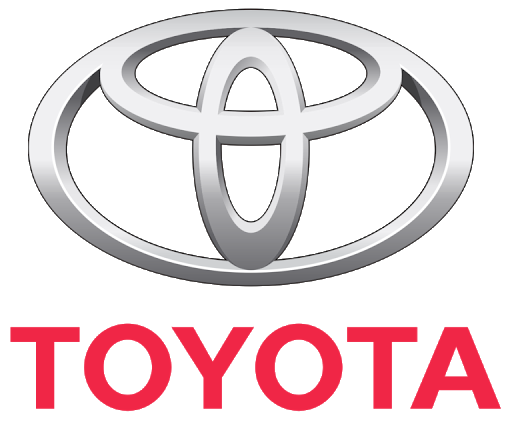 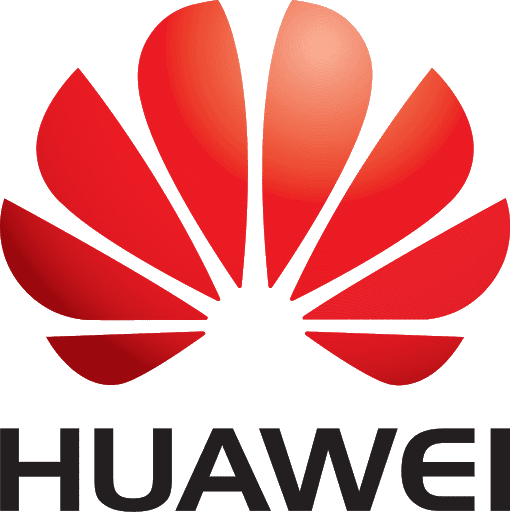 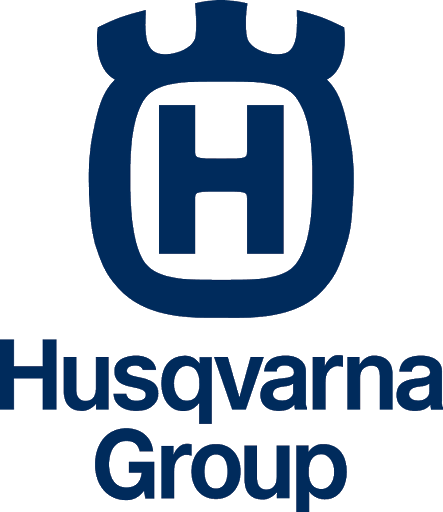 “I have used pretty much all of the popular and expensive CAD systems, such as ProE, SolidWorks, Solid Edge, Catia, Delcam products, etc, but none were as easy, or as fast as IronCAD is. More things just get done in less time, period!”

“We have replaced both AutoCAD and SolidWorks with IronCAD. When it comes to 3D-design, we do see a big advantage by using IronCAD. …Our experience has been that we design faster and easier compared to our earlier solution…”

“There are many features of IronCAD that have made our company much more productive in design, drawing, and production processes. These include and are not limited to the Triball, modelling with preset shapes and configurations, virtually no sketching required, ease of producing 3D workshop drawings from the Scene in multiples, exporting faces to DXF etc.”

“We switched from one of the most common parametric mainstream 3D CAD programs to IronCAD. We have not regretted this for a second. The change has saved both time and money – clearly IronCAD has increased our profitability.”

“After an exhaustive search, one CAD system stood high above the rest: IronCAD. It was quite astounding how IronCAD fit in so perfectly with all the needs that we had identified."

“IronCAD has made the design process much more efficient and effective allowing our designers more flexibility and freedom in their work than ever before. We could never be this efficient in Pro/E or other constraint based systems.”

“What I really appreciate about IronCAD is that it works so freely and easily, it’s a really big difference in approach, more logically laid out. The ability to have as many parts in a single file makes working and designing much easier, especially given the complexity of the machines we design. If I later choose to have a part saved out to a separate file, I have that option, but it’s my choice."

“From the time we started using IronCAD as our 3D CAD system, we have saved time and money. We believe IronCAD is clearly the most user-friendly program because you do not need to think about the program; instead you can concentrate on the design. The user interface, together with TriBall and handles technology, places IronCAD in its own class of 3D modelers."

“We use IronCAD’s dynamic modeling in machine design and then use IronCAD’s parametric technology for our dimension variant packaging. We have not seen any other program that lets us work this way.”

What are you waiting for?

IronCAD likely presents the opportunity to significantly increase efficiency and therefore profitability of your company. All for just a few days training. The sooner you start the sooner you’ll see the benefits.

We are happy for IronCAD to be directly compared to any CAD system in the world, we can even help you do the comparison, many of our team (and customers) have detailed experience in a range of CAD systems. We are confident in the capabilities of IronCAD to outperform its competitors.